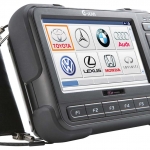 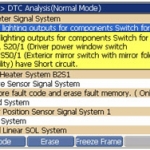 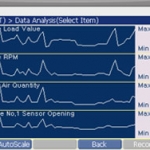 The G-Scan is an Asian Market diagnostic platform, and one of the leading in its field. G-Scan was first launched in Japan in 2008 after Japanese company INS and Korean Corporation GIT joined forces; this collaboration brought together the market leaders in OEM quality data for Japanese and Korean vehicles, which includes the most comprehensive coverage of Japanese ‘Grey’ imports.

Further to it’s extensive coverage of Asian vehicles G-Scan also includes comprehensive and rapidly expanding data for a number of popular European vehicles. Since its debut in Japan in 2008, G-Scan has been named the best selling scan tool in Japan, which is by far and away the most demanding and critical market for an Asian scan tool.

The G-Scan is the perfect tool for “filling in the gaps” when it comes to almost all the Non-European vehicles which we see. It packs a powerful punch – Whilst only small, it has so many features we couldn’t live without it now.  It supports 24v mode for heavier Trucks – alot of import Toyota pickup trucks are as such, loads in only 10 seconds and has one of the fastest processors on the market in a current platform, meaning that we can graph live data seamlessly. A brilliant bit of kit.

We use cookies to ensure that we give you the best experience on our website. You can find out more/opt out via our Cookie Policyx CloseCookie Notice